Sweet Peppers can come in a whole range of colours from dark green to fire engine red, but unlike their fiery-tempered siblings, the chilli peppers, these peppers are mild enough to eat in large quantities allowing you to reap all their health benefits. Not only are they plentiful in markets around the world, but you can also use in soups, salads, sauces, stir-fries, purees and pasta dishes. There's just so much you can do with them. And these peppers do a lot more than add a sweet note to recipes. They come loaded with essential nutrients which battle the elements that could cause heart disease and cataracts.​      ​ 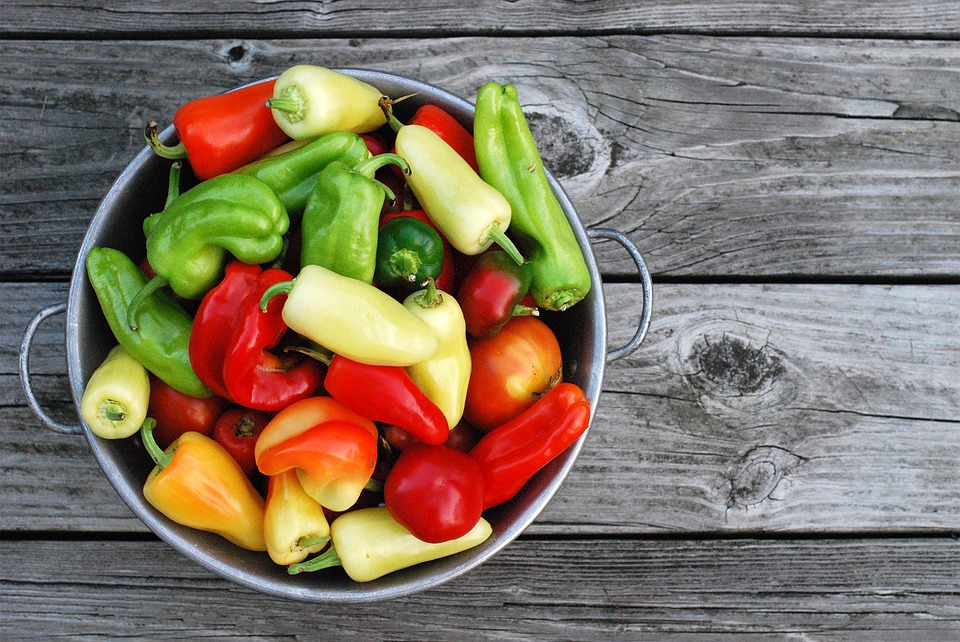 Even though sweet peppers such as bell peppers, pimientos and paprika peppers don't get nearly enough attention as broccoli, kale, cauliflower and other power-house foods do, they're among the most nutrient-dense vegetables you could eat. It is especially relevant when it comes to vitamin C and beta-carotene. And the redder the pepper, the more beta-carotene it contains. Bite for bite; few vegetables contain as much beta-carotene (which converts into vitamin A in your body) as sweet red peppers. Why is this important? Because beta-carotene plays a crucial role in keeping your immune system healthy. It's also a potent antioxidant, meaning that it fights tissue-damaging oxygen molecules known as free radicals, which has shown to contribute to significant health issues like cataracts and heart disease.

Sweet red peppers have such an excellent source of beta-carotene that if you want more of this antioxidant, in your diet, this is the perfect vegetable to eat. Sweet red, yellow, orange and green peppers all contain generous amounts of vitamin C, another powerful antioxidant. While a half a green pepper will give you 45 milligrams of vitamin C, 75 per cent of the daily value, sweet red peppers are even better. With the same size serving providing 142 milligrams of vitamin C, 236 per cent of the daily value. That's more than twice the amount you'd get from a medium-sized orange. And the combination of vitamin C and beta-carotene can provide robust protection against disease. If you eat sweet peppers and other beta-carotene rich foods regularly, you'd be significantly less likely to have cataracts than those who do not. 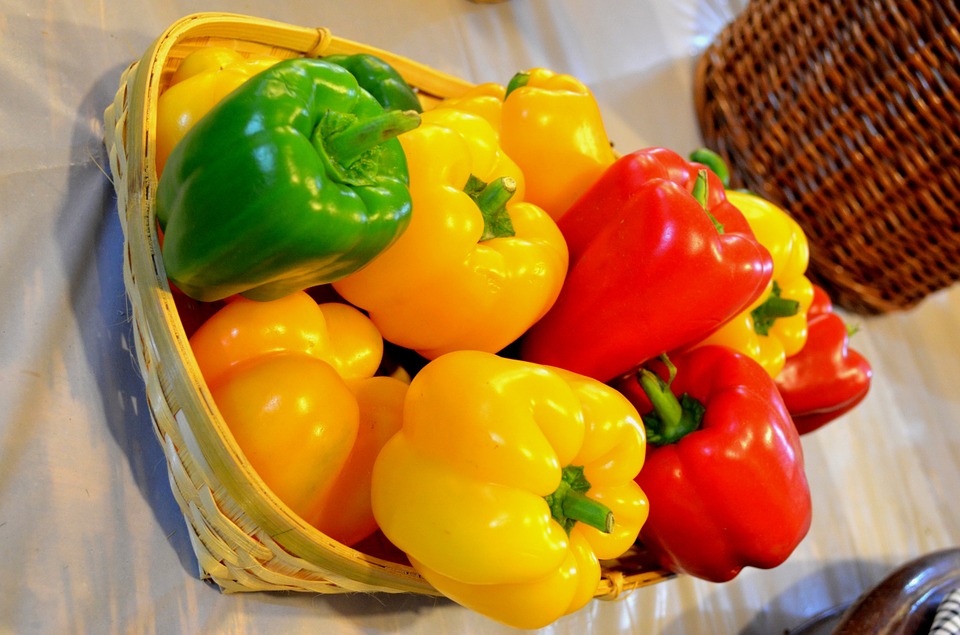 Getting the Most out of your Sweet Peppers

Since vitamin C is fragile and readily destroyed during cooking, eating peppers raw will provide you with the most of this nutrient. Beta-carotene, on the other hand, needs a little heat to release it from the pepper's fibre cells. To get the most of both nutrients, it's a good idea to steam or stir-fry them lightly. They must still have that little crunch left in them.

For beta-carotene to be absorbed into the bloodstream, it needs to be accompanied by a little fat. And I'm not talking about the animal kind, Drizzling sweet peppers with a touch of oil before or after cooking will help you get the most of this important compound. If you're making a stir-fry with peppers use a little organic coconut oil as this will give your peppers an even better taste. But if you're eating peppers raw, dunk them in a bit of fresh avocado dip or similar as this will help the beta-carotene be absorbed.

Even though sweet peppers are one of the healthiest vegetables going, you need to eat enough of them to reap the full benefits. The easiest way to get more peppers into your diet is to use them as an ingredient in other healthy foods. You can use peppers to add a sweet taste to pasta, stir-fries and salads.

Another great way to get more peppers into your healthy diet is to turn them into a juice. And while green pepper juice on its own may not be so appetizing, you can juice all the pepper colours with other vegetables such as carrots or even fruits like apple or pineapple. As this will give your pepper juice a little sweet zip. Try mixing four or five carrots with two green, red, yellow or orange peppers in a juicer for a supercharged antioxidant cocktail. You can do the same using a variety of fruits too or even mix the veggies and fruit. 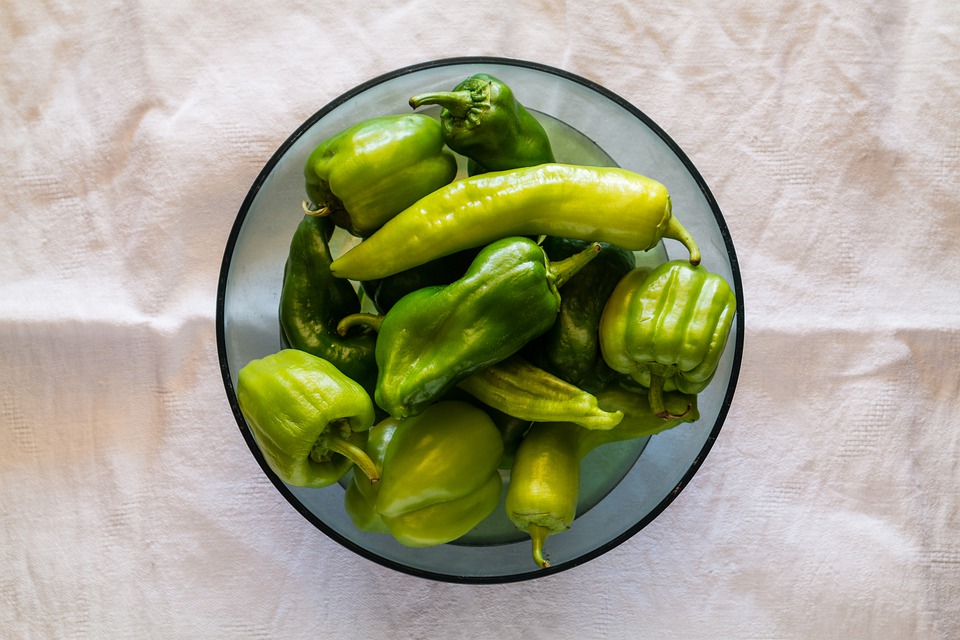 Sweet Peppers in your Home

Some like it hot, and some don't. If you prefer peppers that are sweet to those that make you sweat, here are a few varieties you may want to try.

Bell Peppers, which are available in almost every colour of the rainbow, can be eaten raw, grilled, baked or stir-fried.

Pimientos are squat, heart-shaped peppers that aficionados claim are the best-tasting peppers you can buy. While they're often used commercially for stuffing olives, you can still get them from some speciality markets.

Frying Peppers have a mild, sweet taste and their thin walls make them perfect for sautéing and using as a topping for toasted Italian bread.

Paprika Peppers, which are dried to make the spice, can also be fried, stuffed or eaten raw.

Hungarian Yellow wax (banana) Peppers, which resemble the fruit both in colour and shape, have a mild sweet taste and are often used in salads and sandwiches. 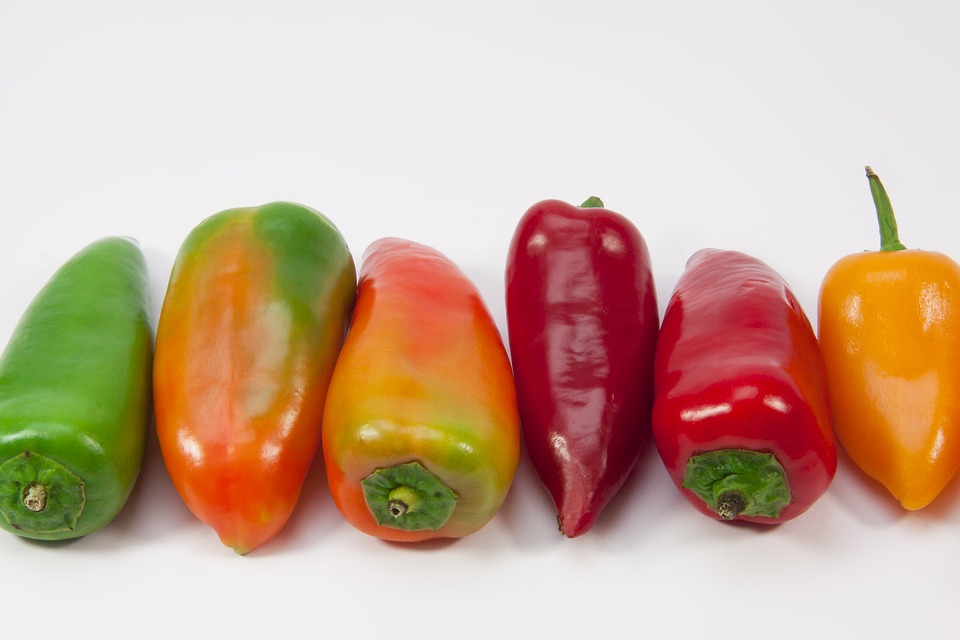 Cut the red, yellow and orange peppers in half length-wise. Remove and discard the ribs and seeds. Cut the peppers length-wise to approximately 1/4 inch-wide strips. In a large skillet over medium-high heat, warm the oil. Add the peppers and cook for 2 to 3 minutes, or until they just begin to soften. Remove from heat and sprinkle with vinegar and salt. Season to taste with the black pepper. Toss to combine and serve warm. 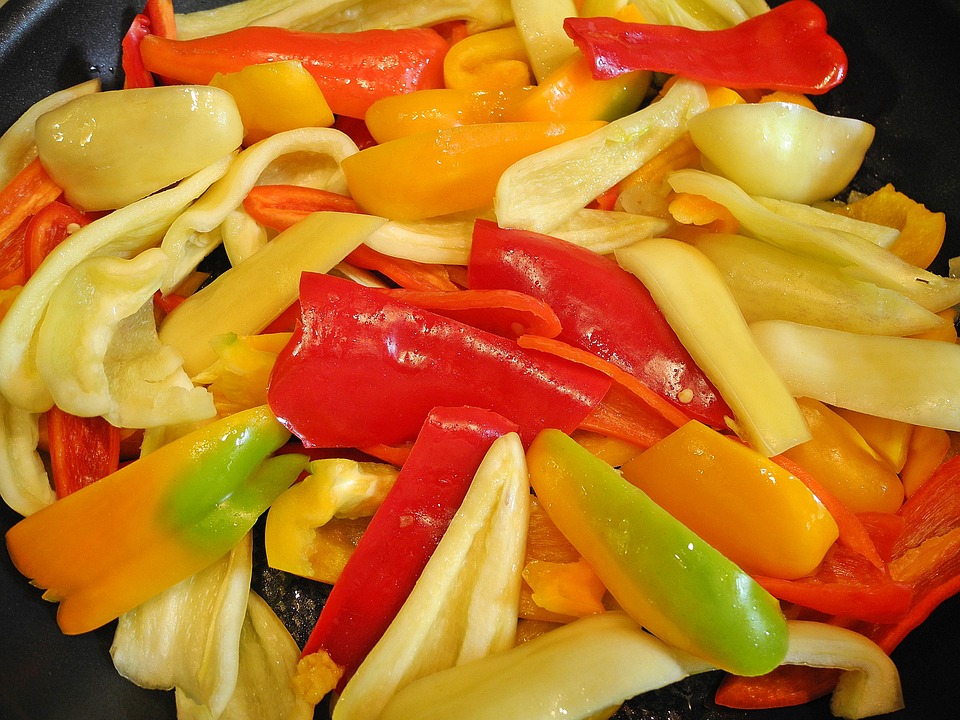