A Taste of Southern Cuisine

While South African food and wide-open spaces are just some of the many pleasures that draw huge crowds of visitors to these shores every year, they also come to Africa to see the wildlife - namely the big five. Some believed that wild animals such as lions even roam our streets. I'm not sure where they got that from, but when I travelled to Europe, it was one of the first questions the Italians and Spaniards would ask me. South Africa is by all accounts one of the most beautiful places on the continent to begin your African adventure both for travel and good food. South Africa is also home to a multicultural society bringing with it diverse avenues in which few other places come close, albeit no lions on the streets.

And if you've lived here long enough as I have, you'll soon discover that South Africa's reputation is not nearly as bad as the international media would like you to believe. Just like any country, it has its problems with crime and instabilities, but that's no reason to discard the notion that this country doesn't have the capacity for great outdoor adventures be it sightseeing, entertainment or good old traditional South African food.

There are plenty of goods things happening here too. As a tourist, any possible sign of danger will soon dissipate the moment you step off the aeroplane. No matter where you are in the world, there are always going to be signs warning you to be careful but as long as you take care of the fundamentals, obey the laws and stay out of trouble, you'll be good to go just about anywhere and everywhere as you please.

And the best part, South Africa has got it all and a whole lot more. The people of South Africa are amiable and especially so when it comes to foreign travellers. Notwithstanding the odd incident which can happen to anyone who doesn't want to play by the rules. And that goes without saying - anywhere in the world.

South Africa is a magical place where people from afar have always been in absolute awe. And if you are one of the lucky ones to have had the opportunity to visit, the stories you take back home are going to be the envy of friends and family. You owe it to yourself to come to Africa at least once in your lifetime and experience the great wonders of the south.

In the not too distant past, South Africa was better known as the land of Braaivleis, Rugby, Sunny Skies and Chevrolet. Not much has changed except that the Chevrolet here has become extinct. Oh, and braaivleis is the local Afrikaans name for barbecue. However, braai's, (the shorter version) rugby and sunshine are still a massive part of what makes South Africa worth visiting. Wait a minute - There is more - A lot more. 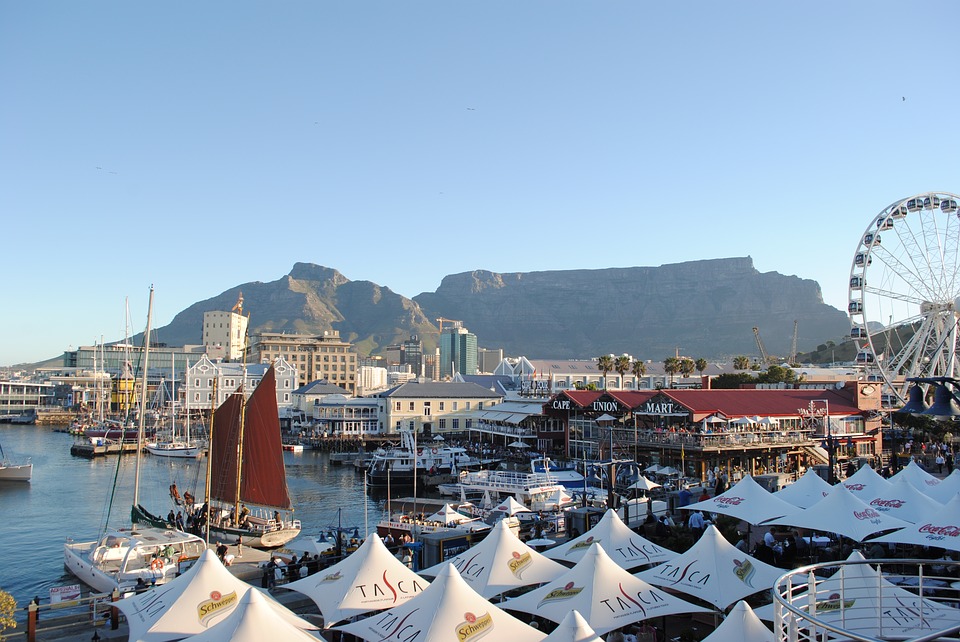 A few things you may like to know about South Africa

South Africa is a democratic republic with a President as head of the nation, but little do people realise, we also have a few kings too. There are more kings in South Africa per square mile than anywhere else in the world. Here are a few of them:

We have King Zwelonke Sigcawu, head of the AmaXhosa tribe in the Eastern Cape.

We have King Goodwill Zwelithini, head of the AmaZulu tribe in KwaZulu-Natal.

We have King Buyelekhaya Dalindyebo, head of the AbaThembu tribe in the Eastern Cape.

We have King Makhosonke Enoch Mabena, head of the AmaNdebele tribe in Mpumalanga.

But we also have some of the most beautiful beaches in the world - Clifton, Camps Bay and Muizenberg. On a beautiful sunny day in Cape Town, you can ride the cable car to the top of Table Mountain and see the whole of the city. You can follow the famous wine route to the sleepy suburb of Stellenbosch and savour some of the Cape's finest wines. You can take a leisurely trip along the scenic garden route on the east coast while visiting the towns of George, Knysna and Plettenberg Bay. There's even a town named after me. It's called Grahamstown. Ha! Ha! It's the art capital of South Africa. You can stop off at the village of Hermanus and watch the whales as they migrate from the north.

If you're into hiking, there are many hiking trails to explore. You can explore the Drakensberg mountain range or the Kruger National Park to see the big five - lion, leopard, elephant, rhino and buffalo. You can visit the Kimberley hole where some of South Africa's most famous diamonds were discovered. And Cape Town where I lived, is renowned for Table Mountain and Robben Island where our ex-president Nelson Mandela was imprisoned during many years of apartheid.

Sightseeing in South Africa has so many avenues to explore, and a short stay here is not the answer as there are just too many places of interest to visit. You may need to come back to see all the places you may have missed on your first trip. 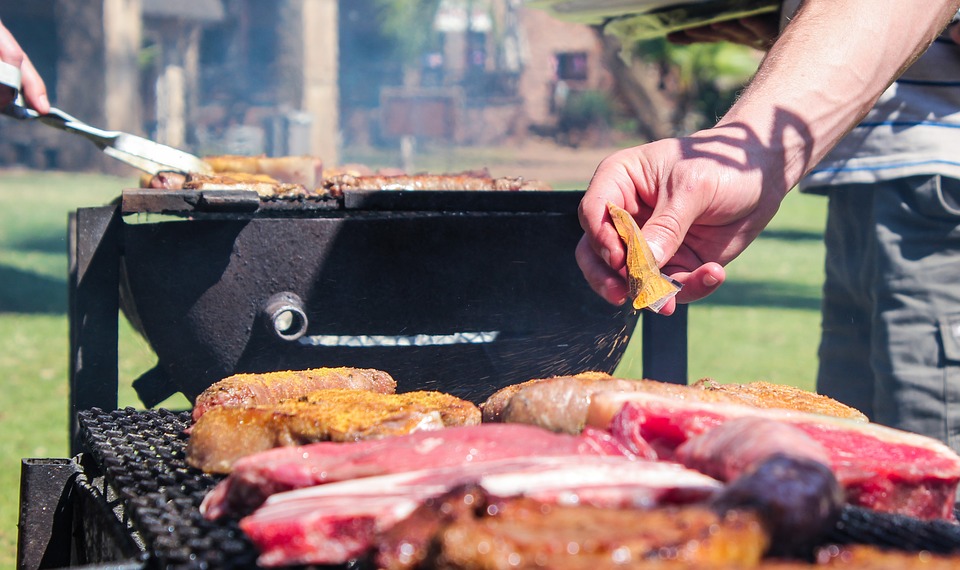 There's just so much to cover, and we haven't yet touched on the fantastic South African food. If you are single and a vegetarian as I am, you can live a healthy life here for less than 100 dollars a month. If you are a meat-eater, it will cost a little more. The average expenditure for a household of four people is not much more than 500 dollars a month. As a single, you can buy a whole week's supply of fresh fruit and vegetables for just 20 dollars. I kid you not.

South Africa is one of the least expensive countries in the world where not only the food prices so low but also your living expenses for accommodation, entertainment and sightseeing. All the more reason to go where South African food is dirt cheap, and the living is easy.

If you want to sample some authentic South African Food, you should try the local Potjiekos which translates to "small pot food". Potjiekos was initially introduced to the Cape from the Netherlands in the 17th century and has become a household name especially among the Afrikaans people of South Africa. Still, this traditional food is also part of many local South African customs in the homes and villages of people throughout Southern Africa.

Potjiekos is usually prepared in a round three-legged cast iron pot and heated over a wood and charcoal fire. The recipe would include some meat such as pork or lamb as well as vegetables such as cabbage, baby marrow, cauliflower, peppers, carrots and pumpkin. Added to this are starches such as rice and potatoes as well as a few fruits. All this is slow-cooked with Dutch and Malaysian spices, making it one of the South African food favourites. ​   ​ 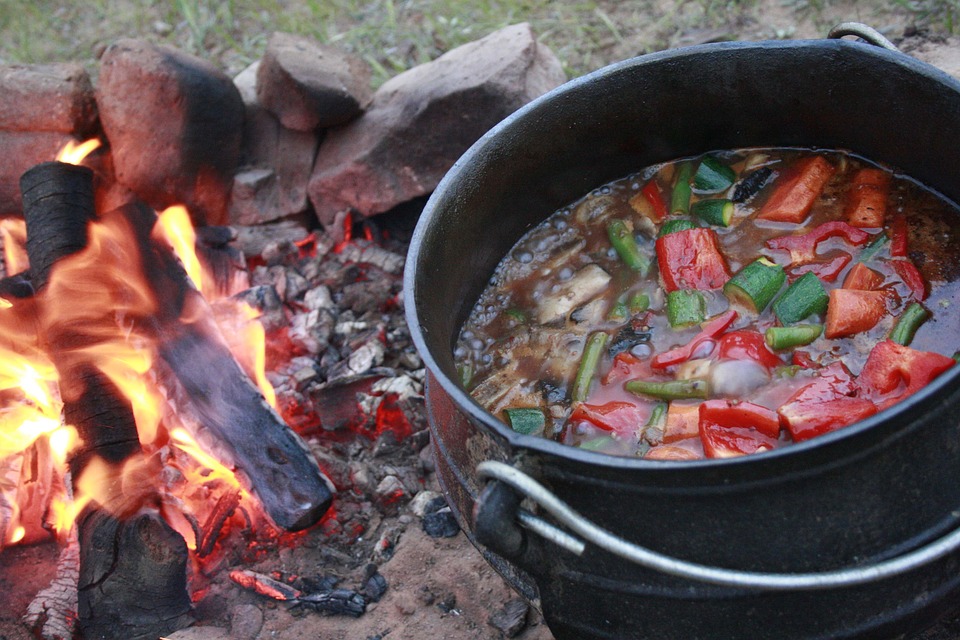 While we are not big on Seven Eleven's, you can shop for fresh produce at several markets such as Food Lover's Market, Woolworth's, Pick n' Pay as well as Shoprite, Checkers and the Spar outlets. They are everywhere in every neighbourhood, some so close you can quickly get to them without having to travel great distances.

The South African food market is as big as it is diverse. What we do lack here, however, are street food markets unless of course, you'd like to venture out into the real African townships. In the old days, they were a no-go-zone, but today tour companies will take you on an epic journey like no other. There you'll get to see a completely different side of life not many tourists had seen before.

Here's what you can get for you buck for some of the fresh fruit and vegetables at Food Lover's Market: 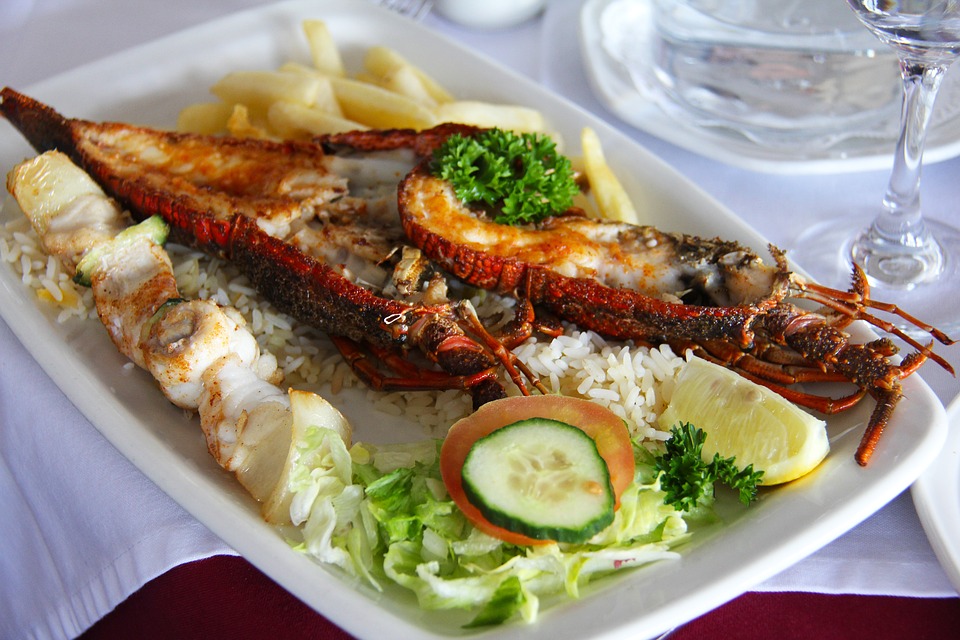