Where East Eats are Healthier


There's something to be said about the Asian Diet and the fact that people of the orient have remarkably lower cholesterol levels, lower rates of heart disease and cancer. Let's face it, while the west is still struggling with health and weight issues, not to mention spending billions on health care to try and stay younger, fitter and healthier so that they might live more durable and more prolonged, people of east want none of that.

You might want to ask yourself what the reason for their excellent health is? Although exercise and close family relationships certainly play an important role in Asian society, the main reason appears to be their traditional Asian diet which is known to be one of the healthiest in the world.

Perhaps if people of the west want to improve their health, they should take the next boat to China or Japan. Not that I travelled by boat but instead chose the quicker route by air. First, stop Taipei in Taiwan. After that, it was Hong Kong and mainland China before heading off to Phuket and Bangkok in Thailand and Siem Reap and Phnom Penh in Cambodia. Along the way, I've sampled some pretty good Asian fare if not some unusual and unfamiliar stuff too.

The Asian diet, by all accounts, is surprisingly simple and satisfying. While rice, noodles and other grains may be their foundation, Asians top up their meals with generous proportions of vegetables such as bok choy and mushrooms and fruits such as mango and pineapple. While they occasionally eat meat, chicken, fish and eggs, their diet also includes things like beans, nuts and seeds. Other ingredients in their daily menu include sea vegetables, miso, tofu and tempeh.

The term "Asian diet" is typically taken to mean Chinese and Japanese foods, but it also embraces cuisines from Korea, India, Thailand, Cambodia and Vietnam. While people in South East Asia enjoy a rich array of heart-healthy foods, the fundamentals of their diet remain the same. The Asian menu has many essential components, perhaps the most healthful element is what it doesn't have, and that is lots of red meat and all the accompanying saturated fat and cholesterol that goes with it.

It's no wonder they are so unhealthy and overweight. Americans, in particular, get approximately 35 per cent of their calories from unhealthy fat while in Japan, it's only about 11 per cent. Now we can only but appreciate why Asian people can stay so slim. Well, most of them.

The Passage to Asia 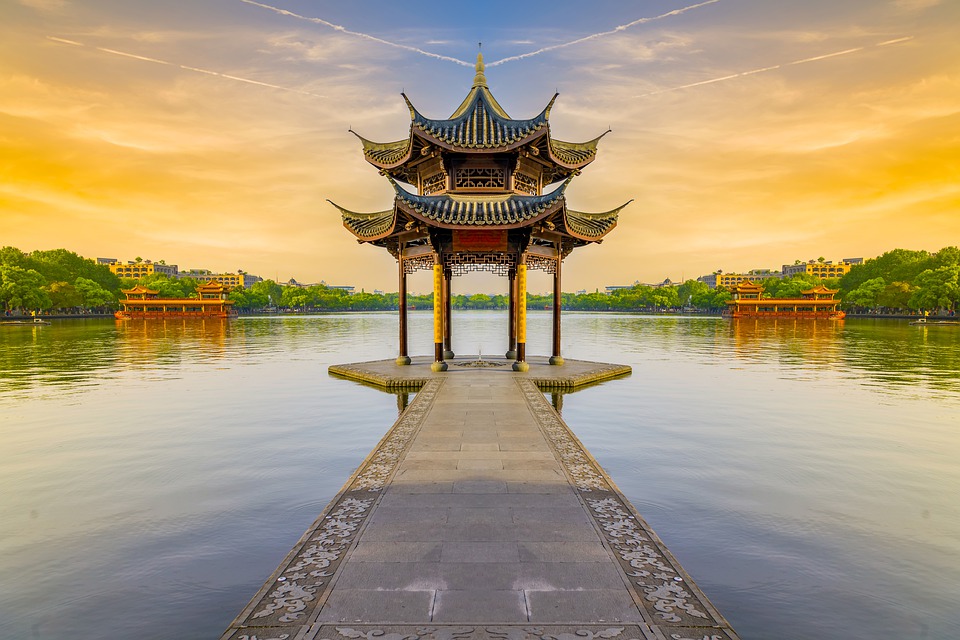 The benefits of an Asian Diet

It's not only the absence of meat products and highly processed foods that make the Asian diet so healthful. People in these countries also eat about 3 to 4 ounces of soy foods a day. It can either come from tempeh, tofu, miso or soy flour. There are several reasons why soy foods are so healthful. They are all rich in a group of natural compounds called phytoestrogens which the body converts into hormonelike substances that act like a weak form of estrogen.

In premenopausal women, these faux estrogens block the body's estrogen receptors, thus lowering the amount of estrogen in the body. It can significantly help reduce the risk of breast cancer.

Later in life, the phytoestrogens in soy can ease menopausal symptoms such as hot flashes by replacing the estrogen lost during that time. Asian women rarely experience hot flashes. They're also less likely than western women to have heart disease because phytoestrogens have a protective effect.

Another thing, soy foods are the primary source of protein in Asian countries. In China, people get only about 10 per cent of their protein from the meat while in America, around 70 per cent of protein comes from meat. You have to take into consideration that the more animal protein you eat, the more calcium you excrete from your body.

And this can be a big problem for women who have a higher risk of developing osteoporosis than men do even if you don't follow the Asian diet all that carefully, you cannot go wrong by adding more soy foods to your diet. Overeating animal protein can be hazardous for your health. Consuming plant-based protein is a much healthier alternative.

Food Travel and the Asia Diet

I was utterly in awe of not only the countries in Asia I visited but also the friendly people I came to meet there. I was here on business as well as wanting a little adventure. I found the language and culture most interesting, so much so, it didn't take me long to settle in. I loved Asia. I didn't want to leave this new home I'd found.

However, I was a little concerned about the food I was going to eat here but that soon changed as vegetarians could get plenty of variety. Though there was plenty to eat, most of the food looked alien to me. Even the fruit and vegetables were so different from the ones back home. I'd made a lot of new Asian friends, and they were more than happy to show me around.

I approached a fruit market in Taipei and had to go in and ask what all the fruits on display were as most I had never seen before except for some apples I recognised. And the vegetables too were different. I couldn't find any broccoli or cauliflower. Instead, there were vegetables such as green dragon and bok choy. I had to adjust my taste buds for this newfound Asian food, but I soon came to enjoy all the new flavours. Taipei is a fascinating city so full of colour with so many avenues to explore. A visit to Chiang Kai Shek Memorial Hall is an absolute must. 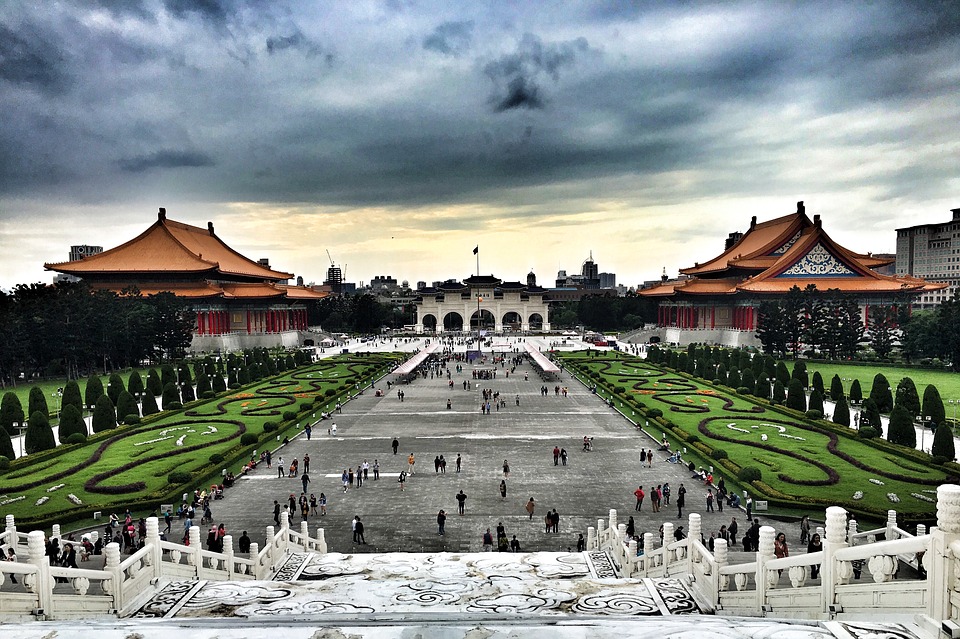 Food Travel and the Asia Diet

During my business endeavours in Asia, I got invited, not only to see so many places of interest but also to experience the Asian lifestyle in its fullest. I knew so little about Asian food which, at the time, seemed so far removed to that I'm accustomed. I went to some of the most impressive restaurants as well as some rather strange eating establishments within the city streets. It was something you couldn't experience back home.

On the other end of the scale, much of the vegetarian food I found while in Cambodia wasn't to my liking. It wasn't terrific. Maybe I just ate in the wrong places. But even the edibles at the hotel was pretty bland. While Cambodia was one of the fascinating places I visited, on the short trips to Siem Reap and Phnom Penh from Bangkok, Thailand, I'd buy some food there before leaving to last me a couple of days.

I did, however, land up in hospital on one occasion for an hour or so with food poisoning or it could have even been the local beer I drank that night. Anyway, that wasn't the best experience I'd had in Cambodia. Perhaps you'll have a better vegetarian experience than I had.

In Thailand, you have to sample some of the street food there. Not only is it inexpensive, but street food is also delicious too even from a vegetarian perspective. However, I'd stay away from living street food, especially the ones that appear to crawl around in their trays. Other than that, the Asian diet is pretty damn good. And you cannot go to Cambodia without a visit to the ancient ruins of Angkor Wat and Ta-Prohm near Siem Reap. 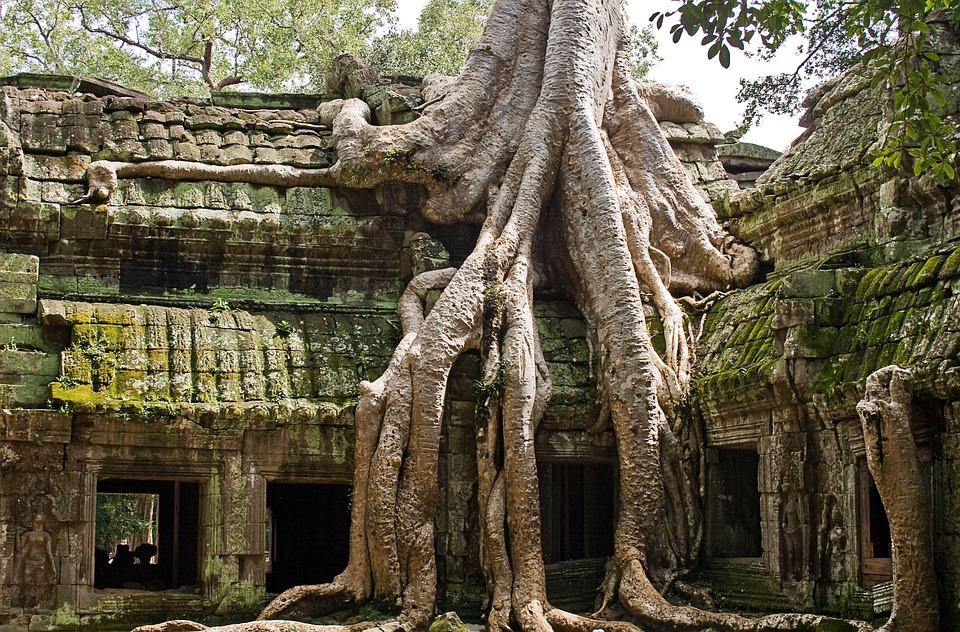