The Bodyguards for your Cells

The Antioxidant Health Benefits and fantastic healing powers you get from plant-based foods such as fresh fruit and vegetables will help reduce your risk of heart disease. They also help prevent certain cancers as well as reduce your risk of macular degeneration and prevent muscle soreness.

I'm not necessarily going to cover all the scientific studies in-depth well-documented on antioxidants. Besides, I also don't want to bore you with too much of that particular jargon. However, it's good to understand the basics behind the subject. I'd much rather help, not only to correct some common misconceptions but to also show you as simple as possible the health benefits of antioxidant-rich foods and why we need them.

As well as explaining some of the basic chemistry involved, I'd prefer to describe some of the more critical antioxidant nutrients and their sources. I'm here to draw attention to the health problems associated with antioxidant deficiencies in our modern diet and how to solve them. I'd also like to emphasise the importance of balance and to show you how to avoid taking too much of any one nutrient.

Before we get started with Antioxidant Health Benefits

Did you know that every day your body faces about 10,000 attacks from cell-damaging forces known as free radicals? These are unstable oxygen molecule that loses electrons through exposure to sunlight, pollution, even the air we breathe and everyday wear and tear? These volatile molecules cruise around your body, trying to stabilise themselves by stealing electrons from other similar particles. When they succeed, they create more free radicals, damaging even more healthy cells in the process.

Free radical damage is what causes low-density lipoprotein (LDL) cholesterol to adhere to the artery wall, leading to hardening of the arteries and heart disease. When free radicals damage DNA inside the cells, the results can be mutations that lead to cancer. Free radicals assaults on your eyes may also lead to cataracts and macular degeneration, the leading cause of vision loss in people over 50 years. And many scientists believe that free radicals are the primary force behind ageing itself. So let's try to put a stop to all that, shall we?

Unless something steps in the way, this free-radical free-for-all can cause irreparable damage, That's where antioxidants come in. Every time you eat fruit, vegetables or other antioxidant foods, a flood of protective compounds enters your bloodstream. They travel throughout your body, stepping between your body's healthy molecules and the pillaging free radicals, offering their electrons. It neutralises the free radicals and keeps your cells out of harm's way. 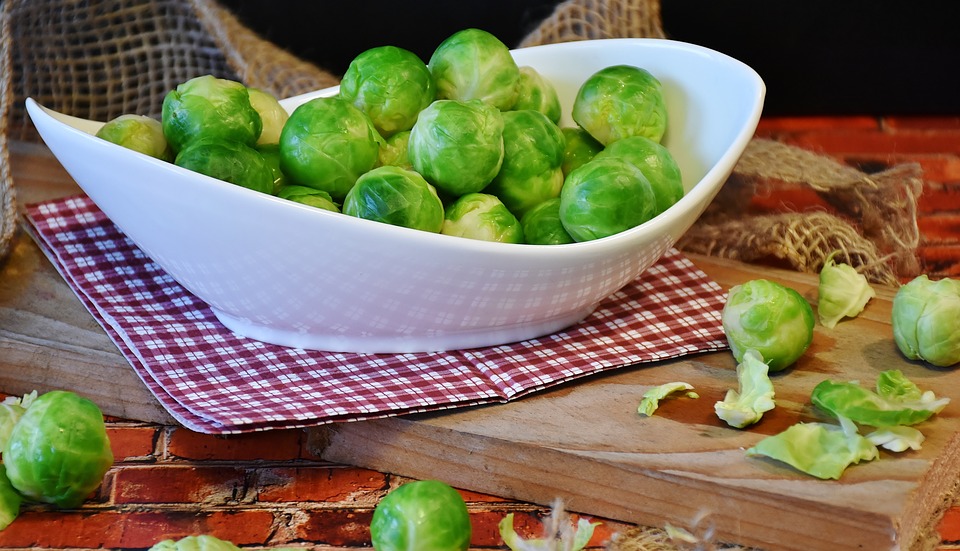 There are hundreds of natural food compounds that act as antioxidants in your body. And the best thing about them is that you never have to run out of them because you can eat more of the good stuff. Most scientific studies have focused on three in particular, and they are:

There's no doubt in my mind that antioxidants play a crucial role in reducing the risk of all kinds of dread diseases. Please note that all the images on this page are of antioxidant plant-based foods. 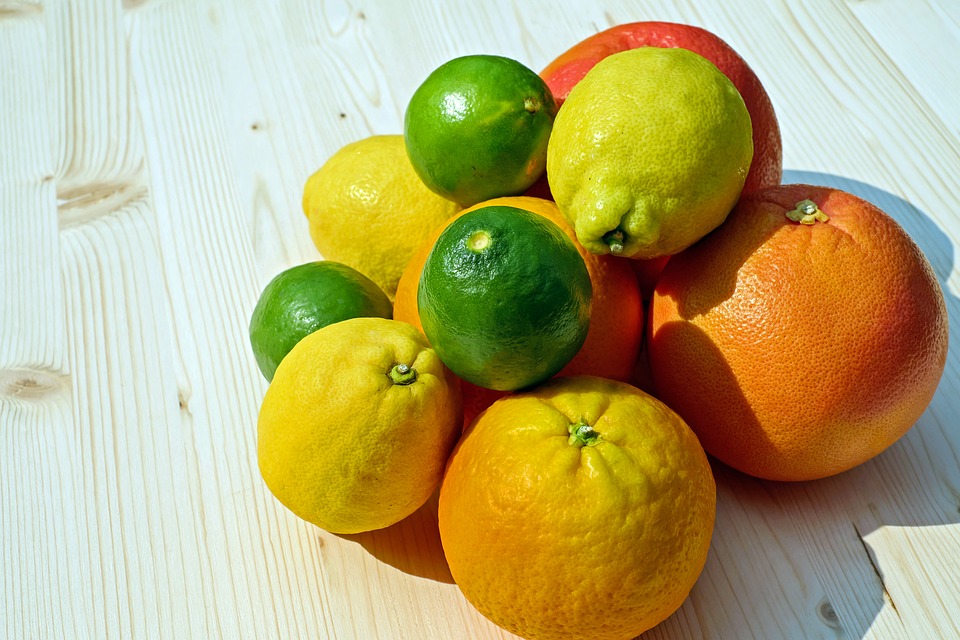 I'm sure most of us know that Vitamin C is found mainly in fresh fruits (particularly citrus fruits) and vegetables. Dried fruit, on the other hand, loses its Vitamin C through the drying process and age, so that's of little use. Nuts, seeds, eggs, milk, fats and oils don't contain any Vitamin C, and meat and fish have disappointing low-levels except for maybe, liver and kidney. Some breakfast cereals appear fortified with Vitamin C.

Although some citrus fruits such as lemons contain a lot of Vitamin C, we don't eat them in large quantities, which in turn reduces their value compared with other citrus fruits eaten in larger quantities.

The molecules of vitamin C (also called ascorbic acid) patrol the waters of your body, capturing free radicals in the blood and other fluids, such as lung and eye fluids Getting lots of vitamin C in your diet can help protect against damage in many of your body's fluid-filled areas such as the heart, arteries and eyes.

A vital attribute of this aquatic antioxidant, which is found in foods like tropical and citrus fruits, red bell peppers and broccoli, to name but a few, is that it works so quickly. Vitamin C helps to block free radicals before other antioxidant compounds even arrive on the scene.

One of the most exciting findings of vitamin C is that it appears to help curtail the effects of ageing. Men and women with high intakes of vitamin C - about 300 milligrams a day - from both food and supplements had much lower death rates from heart disease than those with low intakes.

Like most antioxidant-rich foods, vitamin C is also widely recognized by researchers for its ability to protect against cancer - particularly against stomach cancer. The more vitamin C you get from fruits and vegetables - up to about 150 milligrams a day - the lower your risk of dying from stomach cancer.

Though the 60 milligrams Daily Value (DV) for vitamin C is probably inadequate, you should stay below 1,000 milligrams a day so that the vitamin doesn't interfere with other nutrients in your body. A recommended 500 milligrams of vitamin C a day will keep your body's stores at optimum levels. Try to get as much as that from fresh fruit and vegetables. See Antioxidant-Rich Foods. 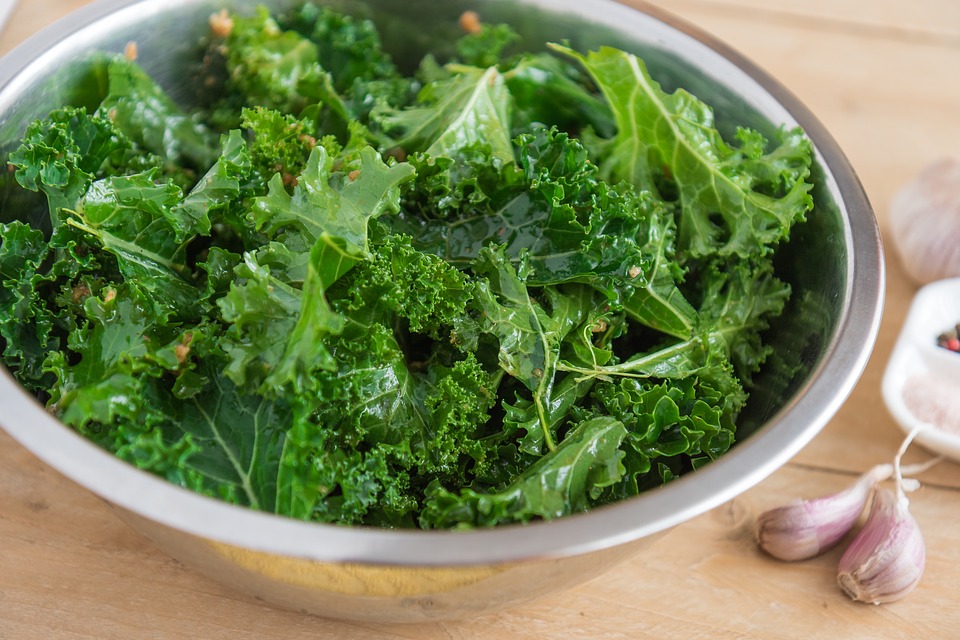 While vitamin C is hard work patrolling the waters of your body, vitamin E (also known as alpha-tocopherol) is delving into deeper territories, protecting your fat tissues from free radical invasion.

It's precisely this fat-protecting prowess that makes vitamin E particularly useful in the fight against heart disease. Researchers have found that vitamin E, which dissolves in fat, plays a dominant role in keeping your "bad" LDL cholesterol from oxidizing and sticking to artery walls. Studies have shown that high vitamin E intake significantly decreases the risk of heart disease.

Getting enough vitamin E in your diet with foods such as those found in vegetables, vegetable oil, nuts, and wheat germ are essential for both men and women. More than 50 per cent of men with diabetes, for example, have difficulty achieving erections, often because of free radical damage to the arteries supplying blood to the penis. Women with a high vitamin E intake could significantly lower their risk of breast cancer than women who had low levels of vitamin E. 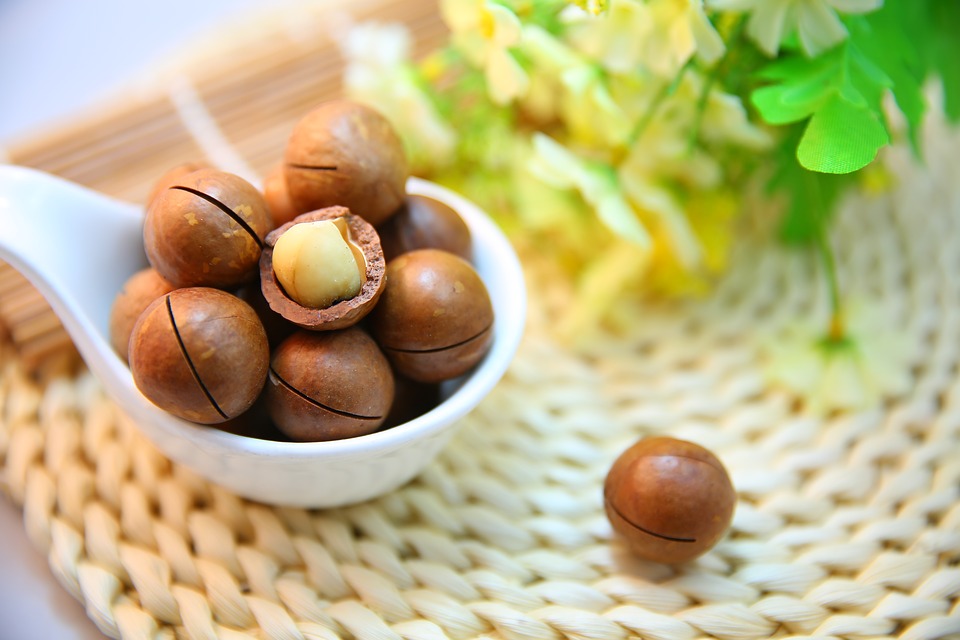 Beta Carotene, a red-yellow food pigment that turns vitamin A in the body, has been on quite a roller-coaster ride during the past few decades. It enjoyed enormous popularity when scientists linked it with lower rates of heart disease and cancer. The mood changed, however, when researchers discovered that taking beta carotene supplements seemed to increase the risk of some of these diseases.

Now, as medical science learns more about this enigmatic antioxidant, beta-carotene's reputation is ascending again, albeit more cautiously than before.

We know that beta carotene has antioxidant health benefits, but the amounts that we need are well within the range we can get by eating five or more servings of fruits and vegetables a day. So you don't need extraordinary amounts. There may be risks with supplementation.

Why are food sources of beta carotene so much better than supplements? Scientists still aren't sure, but they suspect it may be because beta carotene has at least 500 siblings, collectively known as carotenoids. They may say that it's not just the beta carotene that's causing the benefits but the combination of beta carotene plus it's less recognised kin.

Lycopene, a carotenoid found in tomatoes, for instance, may be considered more potent than beta-carotene in the battle against cancer. When testing the effectiveness of each of these compounds in the laboratory, researchers found lycopene to be more effective than beta-carotene at inhibiting the growth of certain types of cancer cells.

In a study that proves that carrots are right for your eyes, researchers found that people with the highest levels of carotenoids had one third to one half the risk of macular degeneration than those with lower levels.

So the next time you're in the produce aisle, be sure to fill your cart with plenty of carotene-rich foods like spinach and other dark green leafy vegetables. And don't forget to add deep orange fruits and vegetables like pumpkin, sweet potatoes, carrots and cantaloupe melon. 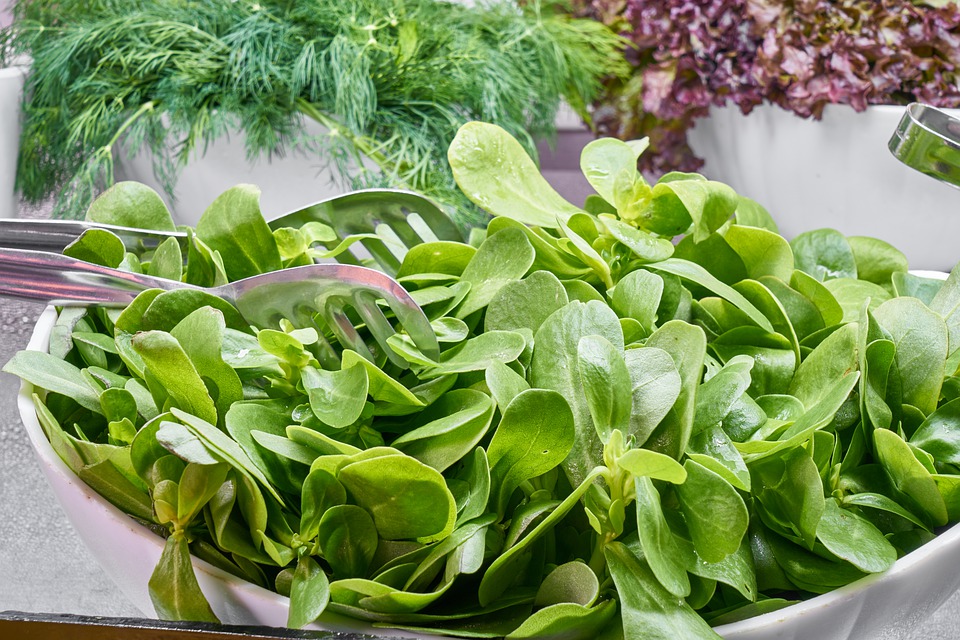 Even though antioxidants work well on their own, they aren't solo players. Like a finely tuned orchestra, they are best when performing together. Moreover, when it comes to keeping your heart ticking, there may be nothing quite as powerful as a one-two punch of vitamin C and E. If we who took vitamins C and E every day we could cut our risks of dying of heart disease in half.

Although antioxidants indeed have shown their mettle against major health threats like heart disease and cancer, they are also useful in preventing lesser ailments. One example is muscle soreness. One study found that if people who are sedentary most of the time and then suddenly exercise intensely may find relief from aching muscles with vitamin E. It would appear that vitamin E may reduce free radical damage that could lead to muscle soreness. 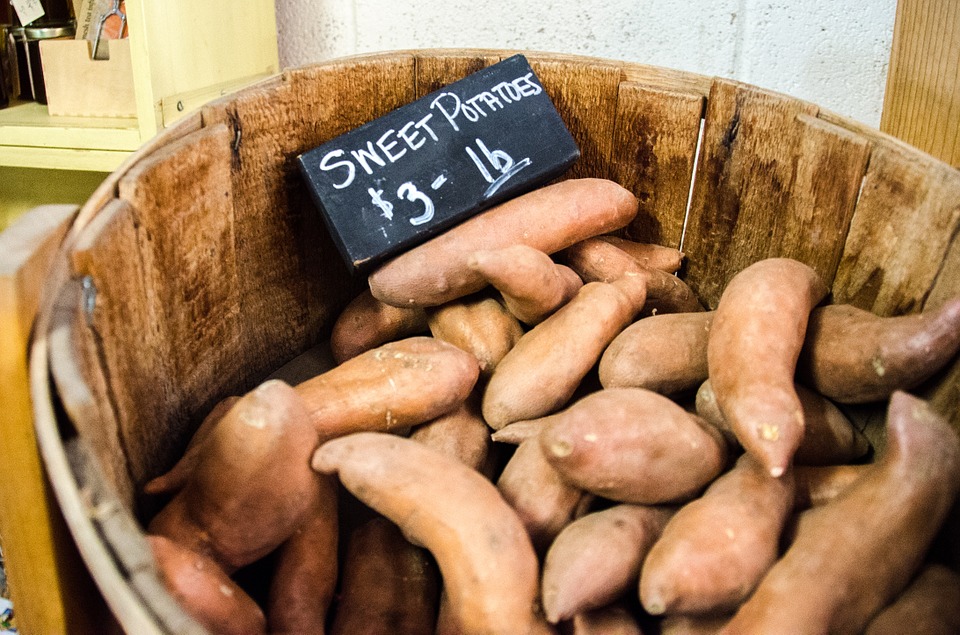 Antioxidant Health Benefits - The Rest of the Bunch

Even though vitamins C and E and beta carotene are the best studied of the antioxidants, they're only a small part of the massive army of protective compounds found in foods. For example, the minerals selenium and zinc also act as potent antioxidants. So do the phenolic compounds in green tea and the flavonoids in red wine.

We all agree that everyone should eat at least five servings of fruits and vegetables a day to ensure that they get healthy amounts of these antioxidants. But as far as taking extra supplements, you should stick with those that have been studied extensively and proven safe in long-term clinical trials. Those are vitamin C, and E. Everything else should come solely from food. 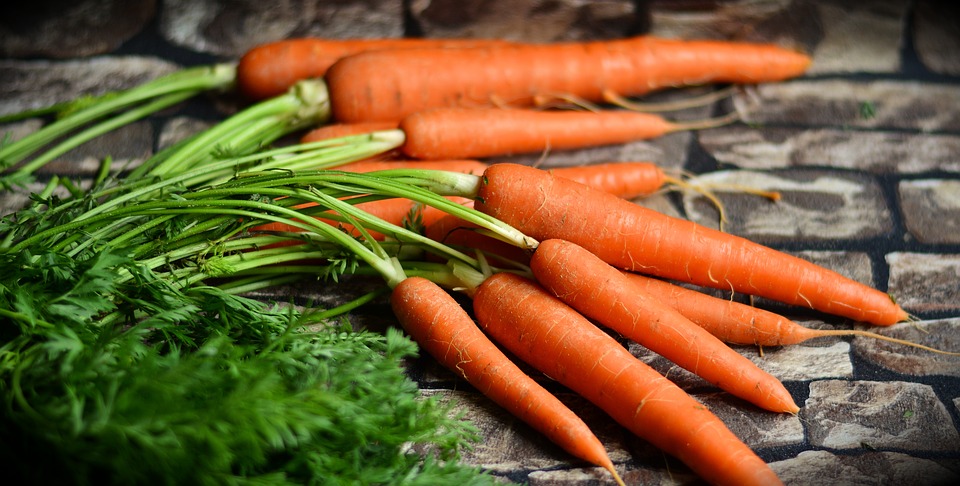